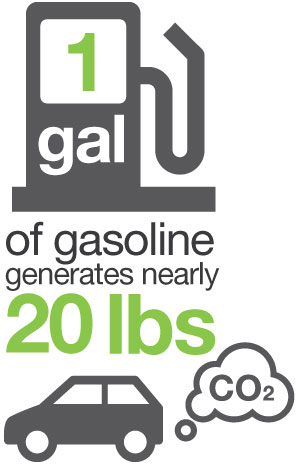 Last year, U.S. drivers cruised some 3.2 trillion miles, says the Federal Highway Administration. To put in perspective, that’s more than 337 round trips from Earth to Pluto.

Americans love their cars, but those cars don’t love us back. According to the U.S. Environmental Protection Agency, burning one gallon of gasoline generates nearly 20 pounds of carbon dioxide emissions. If you’re running on diesel, some 11 points of CO2 come out of your tailpipe from every gallon of fuel.

In the smart cities of tomorrow, self-driving cars hold tremendous potential to reduce greenhouse gas emissions, particularly if the cars themselves are electric rather than gas powered. Driverless cars also can reduce urban traffic congestion, free up space earmarked for parking, enhance mobility options, increase roadway safety and more. There is plenty of upside in driverless vehicles, but also some sizeable bumps on the road ahead.

No parking, no problem

How might driverless cars reduce traffic? It starts with parking.

Donald Shoup, an urban planning professor at the University of California-Los Angeles, examined 16 studies of cruising behavior conducted in 22 cities on four continents. “The average time it took to find a curb space was eight minutes, and about 30 percent of the cars in the traffic flow were cruising for parking,” he notes.

In 2011, researchers from the University of California-Berkeley found that the United States has approximately 1 billion parking spaces for the 253 million cars and light-duty trucks on the road.

Shoup also says that non-commercial vehicles generally spend about 95 percent of their time parked. That’s one reason we invest so much money and space on parking infrastructure. In 2011, researchers from the University of California-Berkeley found that the United States has approximately 1 billion parking spaces for the 253 million cars and light-duty trucks on the road. They estimated that there are nearly four parking spaces for each vehicle. The total area necessary for all those parking spaces equals some 6,500 square miles.

Looking ahead, smart cities are likely to be much greener, in part because the asphalt now used for parking can be repurposed into parks and more. Developers in Colorado have already started planning for that day. A Denver Post article published last October noted that at one recently-built apartment building, architects engineered parking in such a way that 30 of the site’s 275 parking stalls can be converted to retail space. Another structure has been designed so that any or all of its 700 above-ground spaces could be converted into residential, office or retail space.

Here’s another way driverless cars can cut down on congestion: There’s likely to be fewer cars on the road.

According to a study conducted by Kara Kockelman, a transportation engineering professor at the University of Texas-Austin, each driverless vehicle could replace as many as one dozen human-driven cars. That’s because the driverless cars could drive non-stop, so they don’t have to spend the day out in the parking lot of your office building. They can be out driving other folks around.

Futurist Tony Seba, a Stanford University instructor, thinks shared driverless cars will take off quickly. In his book, Clean Disruption, he points out that, after houses, cars are the largest asset most Americans own, yet they’re only used 10 percent of the time. Now, however, both houses and cars can be shared, and people share them with little concern.

Seba points to the astonishing growth of services like ZipCar and AirBnB to demonstrate the public’s acceptance of the shared-asset economy. ZipCar launched in 2005, and today the service has more than 950,000 members with on-demand access to some 12,000 vehicles in 30 major metro markets. AirBnB debuted in 2008. In less than 10 years, the service has amassed more than 3 million listings in 161 countries.

The self-driving car will disrupt the auto industry, the transportation industry and the logistics industry

Given the way consumers have embraced asset sharing, Seba predicts that car-sharing will skyrocket once driverless cars go mainstream. “The self-driving car will disrupt the auto industry, the transportation industry and the logistics industry,”  he notes in Clean Disruption. 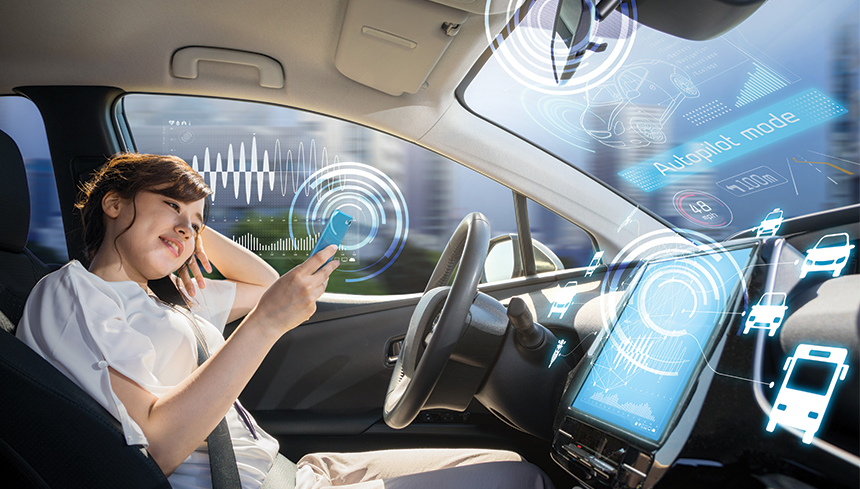 First, though, we will need numerous roadside sensors and communications technology to support self-driving cars, notes Brent Skorup, a policy analyst from the Mercatus Center at George Mason University. In an article published on backchannel.com, he explains that driverless cars can’t always see things they need to know about, such as a child chasing a ball into the street. What’s more, lidar, the technology that gives self-driving cars their 360-degree vision, has its limits.

Top lidar systems cost as much as $75,000. There are inexpensive versions, including one as low as $500 each, but such car-mounted units only have a range of some 200 meters at most. For a car driving between 30 and 60 miles per hour, that leaves less than 15 seconds of reaction time to accommodate an unusual circumstance on the road ahead.

That might be OK for a completely driverless car, but not for one that’s only partially autonomous, a car that alerts a human to take over when things get tricky. Researchers at Virginia Tech found that passengers took an average of 17 seconds to take over the vehicle after an alert.

Infrastructure-to-vehicle communications could provide more data to help cars navigate safely and, for utilities, such roadside sensors represent an opportunity. They’re something that could be piggy-backed on utility communications networks. In his backchannel article, Skorup gives this example: “Smart roads could provide more descriptive information to vehicles, letting them know, for example, that the person-shaped object near a sensor is a Halloween scarecrow, not a child.”

Municipalities could deploy such sensors as a city service, perhaps monetizing them with a small tax on driverless vehicles.

There’s plenty of promise in the driverless future but, first, self-driving vehicles must overcome their biggest hurdle: People don’t trust them.

Granted, you’re never going to catch a self-driving car gulping down fast food or trying to put on mascara in the rear-view mirror. No driverless car will get hauled into court for a DUI.

Still, only 23 percent of U.S. adults responding to a Morning Consult poll said they would ride in an autonomous vehicle today. Similar numbers said “no” when asked by AAA if they’d take a driverless ride. In that study, which was released this past March, three-quarters of U.S. drivers reported feeling afraid to ride in a self-driving car. That number remained unchanged from a 2016 survey’s results.

In the Morning Consult poll, a brave 42 percent of respondents said they might try driverless cars in the future.

Would you? What would get you in the passenger seat? More testing? Or lidar on every light pole?