Paying the bill – for most energy consumers, it’s the only touch point they’ll have with their power provider in any given year.

A 2016 study conducted by Accenture found that the average customer of a regulated U.S. utility spent some eight minutes interacting with his or her utility online (11 minutes if there was a representative involved). More than 50 percent of survey respondents had no engagement with the utility at all.

But that’s likely to change in the future, largely because it must.

Why? Because renewable energy is here to stay and with it comes intermittency and ramping issues associated with wind and solar, as well as grid-edge devices such as charge controllers, inverters, batteries and other small energy sources. 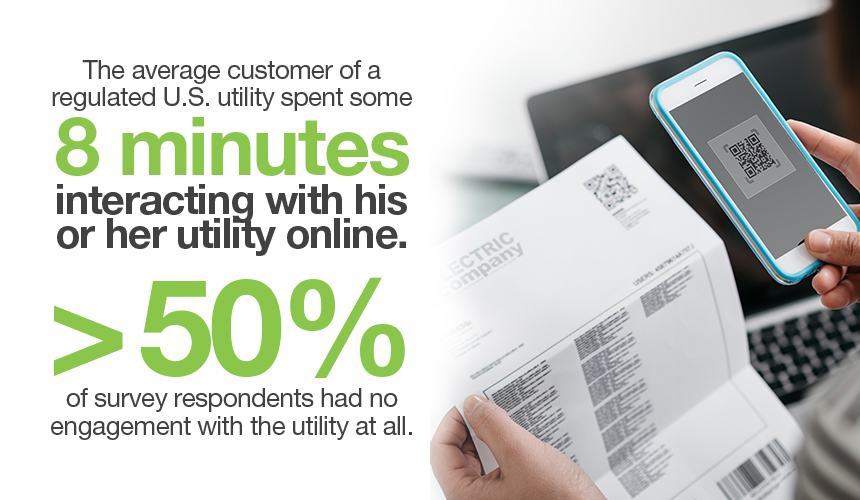 Ross Malme, a partner in the energy consultancy Skipping Stone and former chair of the Peak Load Management Alliance, says integration of renewables is forcing the electric industry toward the grid edge. “Utilities and system operators need help, and part of that has to come from distributed energy resources, which means behind the meter resources. By definition, that means the customer must be involved,” he notes.

Are residential consumers ready to become a little more energy savvy? Will they be willing to help utilities shave peaks, defer investments and integrate renewable energy? Research indicates that a majority will, and technology is now evolved enough to support more widespread residential demand management.

What’s changed? On the technology side, “It’s the internet of things,” Malme says. “Now it’s possible to have low-cost, high-speed two-way communications to things like thermostats and water heaters.”

As he puts it, water heaters are cost-effective thermal batteries, and researchers at the Pacific Northwest National Lab agree. They produced a 2015 report in which they stated that electric-resistance residential water heaters are “ideal candidates” for demand management “because they contain significant thermal storage, contribute a significant amount of the residential load, have relatively high power consumption and a large installed base, and they follow a consistent load pattern that is often coincident with utility peak power periods.”

Already, electric resistance water heaters have proven to be an effective load-shifting mechanism. Malme points to Great River Energy, a generation and transmission electric cooperative in the Midwest. The G&T has more than 1,000 megawatts of wind energy in its resource portfolio, and it is contractually obligated to take that wind energy regardless of demand, which sometimes leads to paying negative prices.

To mitigate the problem, GRE controls more than 70,000 large electric water heaters in consumers’ homes, heating the units at night with off-peak rates and shutting them down during the day when rates spike.

As early as 2015, the National Rural Electric Co-operative Association estimated that co-ops were saving 500 megawatts through similar demand/response performed on electric resistance water heaters, and such programs existed in 35 states. Still, with more than 50 million electric water heaters in the United States and an estimated 8 million more – half gas and half electric – sold each year, there’s plenty of potential here.

Salt River Project (SRP), one of Arizona’s largest electric utilities, has multiple rate options to help customers save, including time-based rates and a popular pre-pay program in which most participants use an average of 12 percent less energy than similar customers. Now, the utility is testing smart thermostats, and first-year results from the two-year pilot yielded important findings.

“Under study are two ways to do demand response with the smart thermostats,” says Duane Pearson, the utility’s manager of customer program innovation. With the Landis+Gyr thermostats being piloted, SRP can perform a temperature offset that shifts the thermostat setting up a few degrees to lower air conditioner use. Or, the utility can cycle the air conditioner on and off.

Last year’s preliminary study results showed that the temperature offset saved the most energy. “That makes sense since you are adjusting the thermostat directly,” Pearson says.

The utility also found that program participants who were already on a time-based rate didn’t deliver much savings at all. According to Pearson, it’s because their price plan changes behavior, often during demand response periods used in the thermostat pilot. “They’re already conserving energy because of their price plan, and that didn’t provide much opportunity to conserve when we called an event,” he explains.

SRP also tested what happened when consumers were warned a demand response event was on the way. Since all SRP demand management and conservation programs are voluntary, utility managers wondered if customers would choose not to participate.

“Customers who were notified did not opt out as often as those who were not notified,” Pearson notes. “The assumptions are that they were able to plan for the event and they understood it was happening.” More than 80 percent of pilot participants said they wanted to be notified that an event was imminent or underway.

Because of a technical glitch, SRP still isn’t sure which method – air conditioner cycling or temperature offsets – worked best for load shedding or shifting. Preliminary results showed the offset was most effective in shedding load, but customers voice a preference for the air conditioner cycling approach. Still, in the end, more than 70 percent of the pilot’s participants were satisfied or highly satisfied with the program.

Who wants to play ball?

Getting high satisfaction ratings from savvy volunteers participating in a pilot is great, but utilities will likely need to move demand management programs out to their residential class customers in great numbers. Patty Durand, president and CEO of the Smart Grid Consumer Collaborative, thinks that power providers will be able to do that.

Durand’s organization conducts research to tell the customers’ side of the smart grid, and it’s running the largest longitudinal study of residential consumers in the United States. From its surveys of thousands of residential energy customers over a period of seven years, SGCC has segmented electric utility customers into five groups.

There’s the “status quo” folks who see no problems with their bills and don’t care enough about energy to engage with the local utility. That’s 18 percent. Likewise, the “technology cautious” folks – 17 percent of consumers – also will probably skip energy-saving gear or programs. Durand says they’re “a little concerned” about money and the environment, but they don’t think technology can address their issues.

Then there are “savings seekers,” the lowest-income group and people who will sniff out a savings opportunity any time they can. They make up 20 percent of the residential market and, if there were savings to be had, they’d probably engage in a utility program. So would the most-educated and highest-income group – “green champions” – although they’d be driven by environmental issues such as greenhouse gas emissions and climate change.

“Mover and shakers” – 15 percent of the population and also folks you might call early adopters – are the smallest number of customers. Again, they might engage in demand management or energy-saving programs, and Durand thinks they might be a good group to approach because they’re often unhappy with the utility. “They think the utility isn’t doing enough,” she says.

“If you take green champions, movers and shakers and savings seekers together, that’s 65 percent of residential consumers who are interested in utility programs,” Durand notes. “These people would engage with pricing plans, demand response techniques, thermostats, home energy-management systems – any number of programs,” she maintains.

That’s good news because according to Malme, utilities and system operators are increasingly using demand management for things like reserves and ancillary services. “Utilities say direct load control programs are by far the most cost-effective asset they have to deal with energy and capacity issues,” he says. Having just completed a utility survey on this topic, he can state this with authority. “It wins every time.”