Alex McEachern, founder of Power Standards Lab (PSL) and holder of some 30 patents, knows the exact instant a large bird dragged a dead rat across a distribution line insulator in Los Angeles a few years ago. The event caused a huge arc through the rat’s body and was visible in data generated by micro-phasor measurement units (micro-PMUs) McEachern and his team designed as part of a project funded by the Advanced Research Projects Agency-Energy (ARPA-E).

Luck was with the ARPA-E research team that day, as a lineman verified the cause of the disturbance detected via the micro-PMUs miles away. PMUs have been widely deployed in U.S. transmission grids. Now, they’re starting to appear on the distribution system as well. Ultimately, researchers think these instruments will facilitate higher densities of distributed energy resources (DERs) on distribution grids. 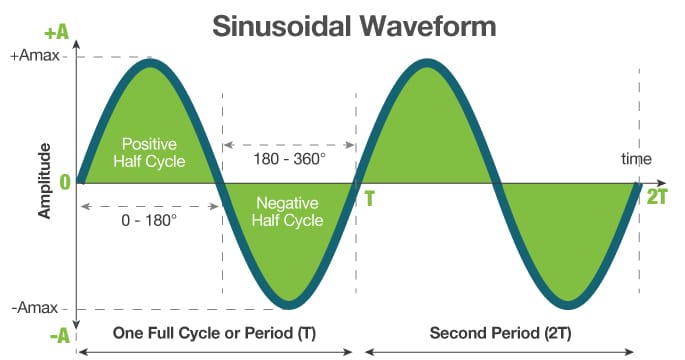 What are synchrophasors? Let’s start with PMUs, which are high-speed monitors that measure magnitude and phase angle of electricity sine waves. “When you just measure the magnitude of the sinusoidal wave, you only know the Y axis, but not the X axis,” explains Reza Arghandeh, Ph.D., a professor of electrical engineering and director of the Collaborative Intelligent Infrastructure Lab at Florida State University’s Center for Advanced Power Systems. “If you know the phase angle, you can draw that sinusoidal waveform. It gives us a better understanding of the shape and the behavior of the voltage signal, and then we can write better control algorithms.”

When you add in time stamps, PMU data can be synchronized, and those phasor measurements occurring at the same time are called synchrophasors. Put another way, a PMU is a meter, and synchrophasors are readings.

PMU readings are taken at very high speeds – as fast as four samplings per cycle or 240 per second. Through synchronization, they allow grid operators to get near real-time views of an entire region as well as interconnected grids. Data collected includes voltage and current, phase voltages and currents, frequency, and the rate of change of frequency, as well as circuit breaker and switch status.

It was readings such as these that Arghandeh, McEachern and researchers from the University of California, Berkeley, studied with support from ARPA-E. To create micro-PMUs, they leveraged the PQube power quality monitoring device created by PSL, McEachern’s company, and outfitted it with a GPS receiver to facilitate the location and time stamps necessary for synchronization.

The PQube is capable of sampling power system characteristics 4 million times per second, so the team used its slowest setting – 512 samples per cycle – to create their micro-PMU devices. Those instruments then perform all the calculations to produce two samples per cycle – or 120 readings per second – of magnitude and angle.

These micro-PMUs are some 100 times more precise than traditional PMUs on the transmission system, McEachern says. Arghandeh explains why. “When you have very long lines – which you do with transmission systems – those phase-angle differences will be in the realm of a couple degrees,” he notes. “In distribution, we’re talking about very short distances, so the phase-angle difference is much smaller, maybe 0.1 degrees.”

Such precision is revealing a number of applications for PMU data. One, McEachern points out, is correcting the models we use for simulating grids. “We were recording micro-PMU measurements on the grid in Berkeley, and there was a very well-established computer model of that grid,” he recalls. “It wasn’t matching up with the measurements, and it turns out the computer model had the assumption that the three phases were identical.” That was a flawed assumption.

Another finding that surprised the researchers was that inverters on photovoltaic systems can interact negatively with the grid and each other. “All those inverters have control loops inside them that make them match the frequency and voltage of the grid,” McEachern says. Each manufacturer puts different timing on those controls.

Grid cybersecurity is yet another application for micro-PMU data. The devices were sensitive enough to detect a 0.0002 percent dip in voltage 350 miles away. Likewise, researchers at Lawrence Berkeley National Lab (LBNL) could tell when McEachern turned on and off a space heater in his office 40 miles away.

This degree of sensitivity is enough to indicate if a substation switch is opening or closing. If readings can be correlated with substation activity being done by utilities, a lack of utility-based action could signal what McEachern calls “rehearsals” of cyberattacks on the grid.

“Cyberattacks, especially the state-sponsored ones, are done by highly trained engineers, and engineers are the same all over the world,” he says. “They want to test out whatever it is they’re building before they deploy it.” Right now, researchers with LBNL are studying micro-PMUs as advance-warning systems.

There also is research underway that’s exploring how to use micro-PMUs as part of the control loop for DERs so that the DERs can respond to grid conditions.

And, researchers are still trying to simply understand how micro-PMUs can illuminate grid disturbances and faults. “We spent four years gathering about 4 TB of data all over the United States with these micro-PMUs, but the really valuable data occupied about a quarter second,” McEachern says. He’s talking about the jolt that occurred when the bird’s dead rat got cooked, as well as another episode when an electrician dropped a tool across some busbars, which are strips of metal used instead of wires to accommodate lots of current.

“PSL is building a programmable dead rat,” McEachern adds. “It’s a million-watt resistive load that we can throw across the grid for half a cycle and watch how the entire grid vibrates in response.” Formally, the PSL team calls this device a thumper.

The path to proliferation

Given the usefulness of micro-PMU data – particularly in light of growing DER penetration – will utilities be ordering these devices for their distribution systems soon?  Dr. Arghandeh says he thinks “a market will develop in the near future.” McEachern thinks it will take a couple decades, largely because he’s seen utilities work within that type of time frame before.

Along with still-evolving applications and a yet-to-be-justified business case, micro-PMUs also face a communications challenge. “Today, each micro-PMU produces on the order of 100 GB of data per year,” McEachern says. “Moving that amount of data is a big challenge.” Ahead, he foresees a day when the processing of data occurs at the measurement location and all that comes back over the communications network will be alarms and alerts.

Still, Arghandeh says, “Utilities will need more analysis, more software to make this micro-PMU data useful information.” In November, he has a book coming out on big data in power systems that covers this topic.

In the meantime, U.S. Department of Energy researchers are already looking at distribution-side PMUs as a technology that will help the grid accommodate increasingly distributed generation.

In a 2016 report on synchrophasor projects, DOE researchers noted, “The specific roles for PMUs in the distribution system are still undefined, but the increasing penetration of renewable generation, electric transportation, and energy storage connected to the distribution system will likely drive the need for the advanced monitoring and control capabilities enabled by synchrophasor technology.”